Posted on May 24, 2019October 23, 2019 by TechMachos
A robot dog has shocked everyone in the tech industry as a video shows just how advanced it has become.
A ‘HyQReal’ robo-dog can be seen dragging an airplane that weighs a whopping 3 tons across the Geneva Airport in Italy.
HyQReal was created by researchers at the Istituto Italiano di Tecnologia (IIT) as a device designed to support humans in emergency situations.
Luckily, as the video shows, the robot dog would almost certainly be capable of lifting a heavy human.
The robot dog drags the heavy airplane with apparent ease across approximately 33 feet before a researcher with a game controller makes it stop.
It’s an amazing feat, considering the HyQReal weighs just over 280lbs and is roughly 4ft long.
More: Samsung Develops Algorithm That Creates Fake Videos With One Image (Pictures)
IIT revealed that the robot has ‘custom-made’ feet with special rubber grips attached so that it has strong traction on the ground.
Photos: 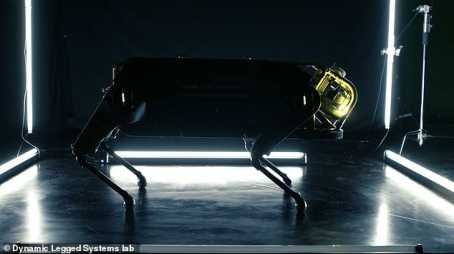 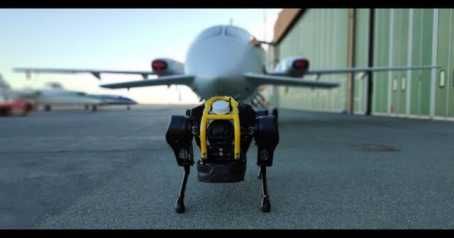